It was a strange set of coincidences that first led me to discover the work of Merrick Angle, a British born illustrator living and working in a renovated farmhouse in France. Several years later, when Joe and I were choosing designers to work with on products for Decorator’s Notebook, I knew straight away that Merrick was the perfect person to create a screen print that would capture our nostalgic love of the great outdoors. And so our exclusive Campfire Screen Print was born!

We caught up with Merrick to find out more about his life in France, his passion for retro advertising and why one in ten of his designs stays shut in a drawer.

How did you come to be an Englishman living in France?

By accident really. I met my wife when she was studying in Paris. After a whirlwind courtship we got married, lived in Yorkshire for a bit, then Paris. Finally, we ended up in The Limousin because she was offered a job down here. Ten years and two kids later we are still here!

Can you remember the moment you discovered illustration?

I think it has always been there. I’ve been lucky enough to grow up always surrounded by art and interesting things. I was always drawing and collecting as a kid.

Where did you learn your craft?

I’d like to say Art College, but I only really went there to meet girls. Everything useful I have ever learnt about the creative process came from my Mother, who is an abstract painter. The business side of things pretty much comes from one year I spent working for my Dad in the early noughties. My Dad is basically like Alexi Sayle crossed with Tony Soprano, but he is a sales genius. It was a crazy year, but everything I know about negotiation and running my own business can be traced back to that time.

How would you describe the Double Merrick look?

I usually say, scuzzy pop art. Something from an advertising hording that got propped up against a wall in a barn. It got forgotten about, all mildewed up, doesn’t really make sense in the way it was meant to anymore. Bam! You have the essence of Double Merrick.

Most of the time it starts with a ‘find’. I spend a good deal of time going round trocs and brocantes. Some things just strike a chord with you, most of the time you don’t know why, and the print is often the by-product of trying to work out “why”? I take it back home, scan it, mess around with it. When I finally get something I will put to one side for a few weeks until I can view it again with fresh eyes. This time spent “shut in a drawer” generally decides if something is worth putting out. Because my style is quite simple, it doesn’t really take me very long to complete something. Yet, I have to generate a lot of ideas to find the good stuff. For every ten pieces I do only one or two will get saved.

How has living in France influenced your designs?

I was thinking about this the other day. Would it be the same if I lived anywhere else? I am not sure, really. I would still like the things that I like. Be inspired by the eras and objects that inspire me. Yet, there is something romantic and compelling about the French visual culture of the 20th century and a little of that seeps through into Double Merrick.

My studio/office is the old dining room in our house. I was in what was the old toilet upstairs, but I ran out of space quite quickly, so I graduated to a proper office. In it there are a couple of desks (one for my computer, one for packaging up orders) an armchair for the dog, a bookshelf with all my finds on, and a notorious tin box in which I keep my stock.

What can we see from your window?

As views go, it isn’t bad. I look out over fields and a couple of cows.

What’s the most satisfying part of your work?

There are loads of satisfying parts to what I do, but I’d have to say people parting with their hard earned cash to live with something I have designed. I thought it would be a feeling I would get used to, but I never have. I consider it to be the ultimate compliment… someone making the decision to make your work a part of their everyday lives. 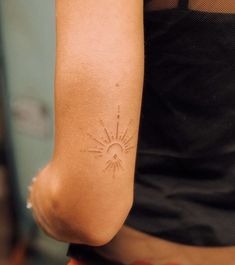 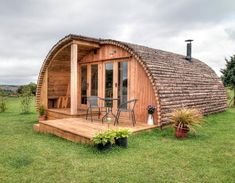 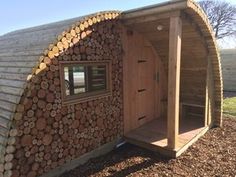 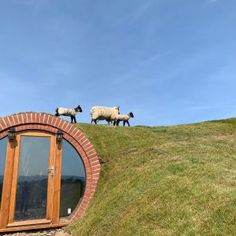 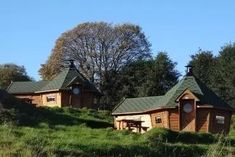